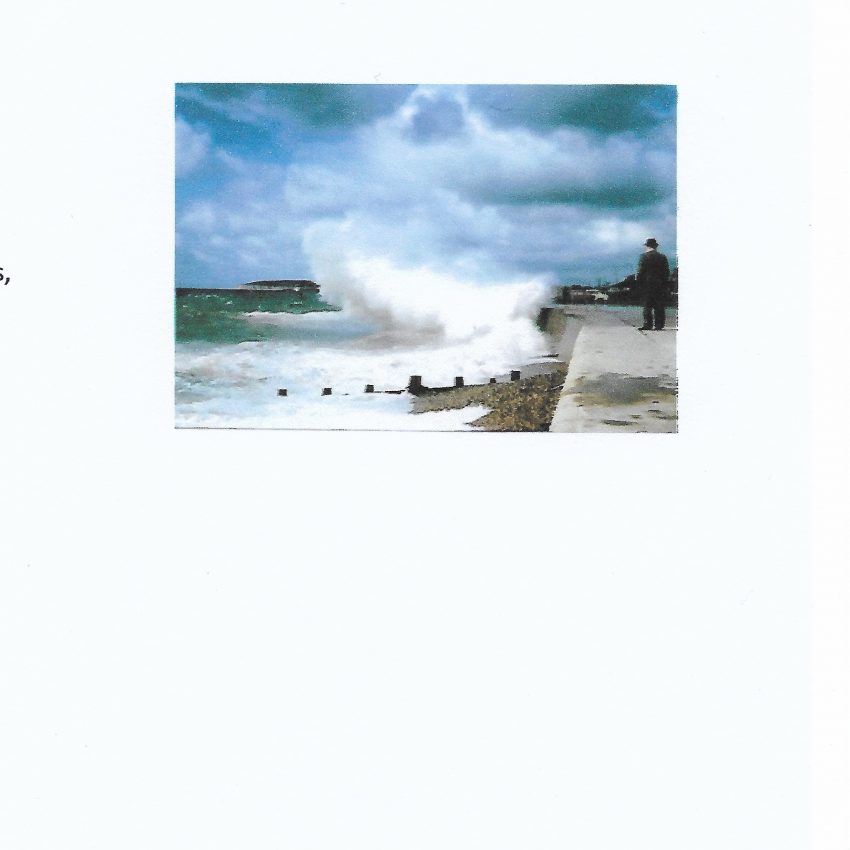 No drop to the beach. Sea edge is

But there must have been another

way round it? Sad. Rolling cost of maintenance is

to the old harbour and rehouse?

Stunned, I gasped when I saw the

change. But some people wanted it.

When I retired I should have checked

that the beach I once knew well was still there.

I never imagined that the

deep promenade wall would disappear, not gone, but

of granite the size of houses.

Stunned, I gasped when I saw the

change. Some people wanted it.

The drop to the beach from the prom

was twenty odd feet. At high tide the sea

thundered, yes, roared, up the beach, and

ricocheted, into the wall, exploding forty

feet or more into the air, spewing stones

onto the flooded promenade. Cars

parked there, would surely be dented!

Stunned, I gasped when I saw the change.

Some people wanted it.

There was no retrieving of cars

until the tide had turned. The sea slammed the

promenade wall with such huge force;

the thud could be heard in neighbouring properties.

Many a night I have been lulled to sleep

by the rhythmic movement of the

sea. My patch of sea is constant.

Stunned, I gasped when I saw the change.

Some people wanted it.

I often stop there and admire

the scene below. The beautiful colours,

the complex movement, and I smell

the salt. See the swirling sea in all its moods,

rippling along the groynes, listen,

as stones hiss sliding back and forth,

along the glorious sea edge.

I gasp at the beauty of the

This site uses Akismet to reduce spam. Learn how your comment data is processed.